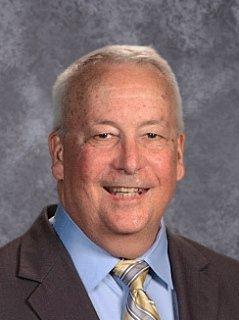 Prior to becoming the Superintendent of Schools, Mr. Harris served as the school district's Director of Special Services from 1994 until 2005, and was also the School #1 Principal from 1996 until his appointment as superintendent.

Mr. Harris began his career in education at Ben Franklin Elementary School located in the Pennsauken School District in 1980. He was a special education teacher of a self-contained class for students classified as emotionally disturbed.  Mr. Harris' teaching career culminated with his selection as a Governor's Teacher Recognition Program recipient in 1988.

In July of 1988, Mr. Harris accepted his first administrative position as the Supervisor of Instruction for the Camden County Educational Services Commission. He remained in this position until his employment in Southampton that began in 1994.

Mr. Harris graduated from Glassboro State College in 1979 with Bachelor of Arts Degree in Health Education.  He earned his Master of Arts in School Administration from the same institution in 1986.

Michael resides in Hainesport Township with Debbie his wife of thirty-five years. His daughter Alyssa is a hospice social worker with a MSW degree in social work.   In addition, Mr. Harris has a son, Jim, who is the Dean of Students at a private school in Philadelphia.

His personal interests include being an avid Phillies, Eagles and Flyers fan, a military history buff, serving as a Global Volunteers’ Team Leader on the Blackfeet Indian Reservation in Montana, reading, traveling and being the loving owner of two Chihuahuas named Piper and Little Cow.