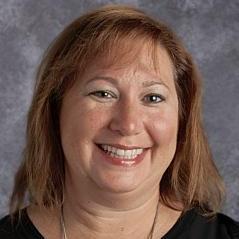 Mrs. Horner resides in Medford with her husband Michael and their cat Rocky. In her free time she enjoys travelling, playing tennis, reading, participating in Pilates and kickboxing, and watching all Philadelphia sports’ teams, especially the Phillies and Eagles.

Mrs. Horner is thankful to work in such a wonderful district with great students and in such a supportive community.