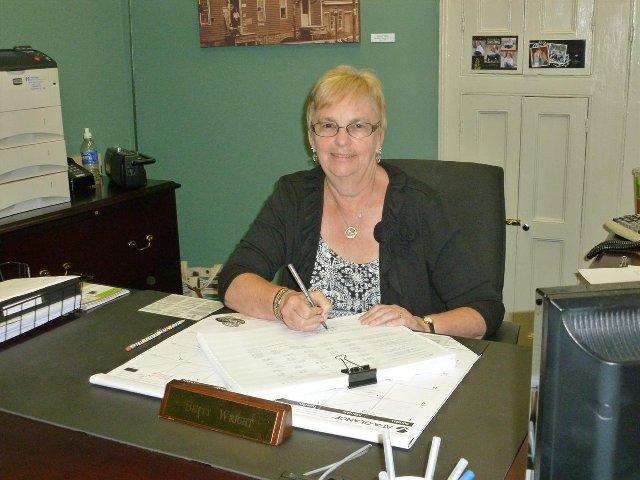 Betty has resided in Southampton Township for fifty (50) years.  She has two (2) grown children that received their education in our school system and five (5) granddaughters. Mrs. Wright retired as manager of the Investors Bank in Vincentown, working at the same location for over thirty (30) years for six (6) different banks.

During her distinguished tenure on the Board of Education she has provided exemplary leadership to assist the school district in successfully passing two critical bond referendums that provided for the construction of a new middle school and much needed facility upgrades to the other schools in the district. Also, during her tenure as Board President she played a critical role in helping to get the referendum passed for air conditioning in all three (3) schools and a generator which may be used by the community in case of emergencies.

In addition to providing leadership to the Board of Education and community on the bond referendums, Mrs. Wright has also overseen the implementation of several initiatives that have enhanced the academic program and campus security in the district. These initiatives include a student recognition program at the beginning of monthly Board of Education meetings, full-day kindergarten, an excellent world language program, creation of the instrumental music program, development of a summer enrichment program for students with special needs, development of a district-wide local area computer network, installation of two computer labs, the creation of curriculum director position, installation of district-wide security ID /access system, and creation of an academic foundation to enrich and supplement educational programming. As Board of Education President, Mrs. Wright personally addressed our eighth graders at the Eighth Grade Promotion Ceremony each year. As a result of her outstanding service, Mrs. Wright was selected as the “Burlington County School Board Member of the Year 2008”.

Mrs. Wright has further extended her role as a Board of Education member to the county level by serving as the treasurer for the Burlington County School Boards Association. She served in this capacity for several years.

Since the inception of the Southampton Township Academic Resources Foundation (STAR), Mrs. Wright has served on the Board of Trustees as an Ex-Officio representative for the Board of Education. The STAR Foundation has gifted almost $250,000 to the school district since it was formed in 1999. Funding from STAR is used to enrich and supplement educational programming in the district that are beyond those that can be funded via the school district’s budget.

Betty is a long-time and active member of the Buddtown United Methodist Church. She is a trustee and chairperson of the Church Board.

Mrs. Wright’s personal interests include traveling, spending time with her family and friends, gardening, cake decorating, reading and playing the marimba at her church.

Betty was recognized as the “2012 Southampton Township Volunteer of the Year” at the Pine Barrens Festival in July 2012.

Mrs. Wright was declared a Master Board of Education Member by the New Jersey School Board Association in May 2014